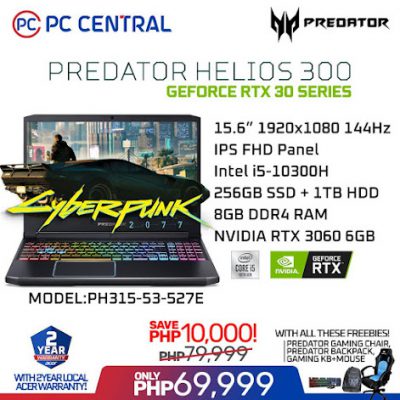 There are currently great deals everywhere with Acer’s Predator Helios 300. The picture above shows how you can get an i5-10300H with an RTX 3060 for as low as 70,000 pesos! My initial reaction was what the heck! That’s such an awesome deal but the comments section is always flooded with the word Bottleneck.

I saw a better deal by the way so editing this post for those who are interested.

I couldn’t imagine how in the world would this bottleneck thing be significant when games don’t even consume that much CPU usage. I searched for days, just kidding it took me less than a few minutes to find the answer which I’ll try to explain as simple as possible.

What is a Bottleneck? It happens when there’s a limit on how much data is being sent for processing or how much data can be processed at the same time. Two factors to consider are the GPU and CPU.

When you say GPU bottleneck, it means that the GPU is paired with a powerful CPU. The CPU is too powerful or too fast in processing data that the GPU just doesn’t have the speed to return the processed data back.

CPU bottleneck is just the opposite where the GPU can process back data very fast but the CPU doesn’t have enough speed and power to process and transfer data.

A good example is the Acer Predator Helios 300 shown above but I’ll be comparing using the stats and performance of an i5 with RTX 2060 since it’s hard to find a 3060 at the moment. The 3060 is of course much powerful than the 2060 but this should still give you an idea of how bottleneck affects this certain model.

I got this using this site you can check the other details if you like. It shows a 3.23% CPU bottleneck which is quite good but it does lower your laptop’s performance when it comes to gaming. Let’s say your RTX 2060 can go at 240 FPS while playing Valorant but your CPU is an i5 10300h with 3.23% CPU bottleneck. It brings down your FPS to 232. Please note that it’s just an example as actual FPS drops might be higher.

Actual performance and usage from laptop owners are very important so I tried asking in FB groups and this is what I got from one of the members. I’m only using a GTX 1660ti on my laptop and I can easily hit 144+FPS on high settings. My laptop CPU is the Ryzen 7 4800h.

CPU Bottleneck resolution: Increase the resolution. If you noticed on the pictures above, the higher the resolution of the game or graphics the lower the bottleneck becomes which should result in better game performance and FPS. The GPU will need more time to render data which will give the CPU enough time to process and transfer. It goes vice versa when you have a powerful CPU and low to mid-range GPU.
This isn’t always applicable though since there are games that only run at certain resolutions as well as it depends on the actual laptop if it can even support 1440p to 4k graphics. All in all, I think the Helios 300 with the mentioned specs is a good deal but performance-wise you can most probably do better with a lower GPU. One of the main reasons why the Acer Predator Helios 300: i5 10300h paired with a lower GPU than the RTX 3060 cost the same if not more. What’s the point of pairing it with the 3060? It’s probably a marketing strategy to show how they sell laptops with 3060 GPU at a lower cost compared to other competing brands? What do you guys think? 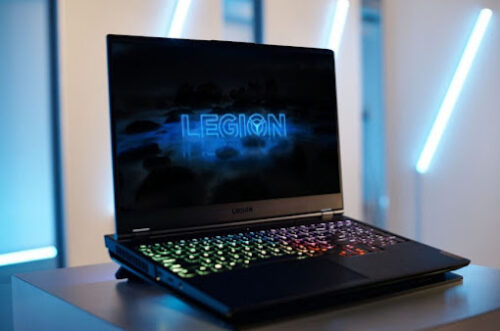 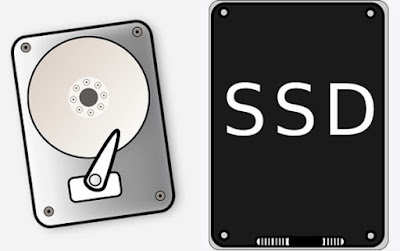